The Law on Sexual Assault

In Canada, we have what is called an “affirmative consent” law with regards to sexual assault. This means that the absence of a “no” is not a reasonable defense against a charge of sexual assault. The legal expectation is that everyone involved in a sexual encounter is taking “reasonable steps” to make sure that everyone else involved is actively consenting to the activity. In other words, it’s not enough to reach for someone’s trousers and assume that, if they’re not interested, they’ll stop you. The question we should be asking ourselves is not “did they say no?” but rather “what did they do to indicate yes?”

With regards to the law, sections 265(3) and 273.1(2) of the Criminal Code of Canada are our main reference points for the legal definition of consent. In simple terms, they require that sexual consent be voluntary, informed, and continuous. Specifically, they say that consent can’t be obtained by force or threat, by fraud, or by the abuse of authority. It also doesn’t count as consent when someone is underage, incapacitated, or changes their mind part way through the encounter.

The laws that we have around consent and sexual assault are good and relatively thorough. The law recognizes that sometimes people are too scared to say no. Despite having relatively good laws on consent, the statistics on reporting and convictions are quite disheartening. Even when a sexual assault is reported to police, the chance of a conviction is only 9%. While other violent crimes in Canada have been steadily decreasing since 2004, sexual assault has remained consistent and consistently under-reported.

One reason for under-reporting is a lack of confidence in police that they will be able to help them. Unfortunately, it is true that sexual assault charges are very difficult to investigate and prosecute. One of the reasons for this is evidence; in order to get a guilty conviction, the judge or jury has to believe beyond a reasonable doubt that the accused did it. This exceptionally high burden of proof is a protection to all citizens against the possibility of false convictions, but often in cases of sexual assault there is simply not enough evidence to meet this standard. Even with physical DNA evidence that a sexual encounter occurred, the defense can argue that the encounter was consensual. Because sexual activity usually happens in private, it is very difficult to prove that consent wasn’t present. Although we don’t like the phrase “he said, she said”, it is true that sexual assault cases often come down to conflicting testimony. Because of this, there is a lot of focus on credibility. Who seems more honest? Who appears to have a more accurate memory of the event? 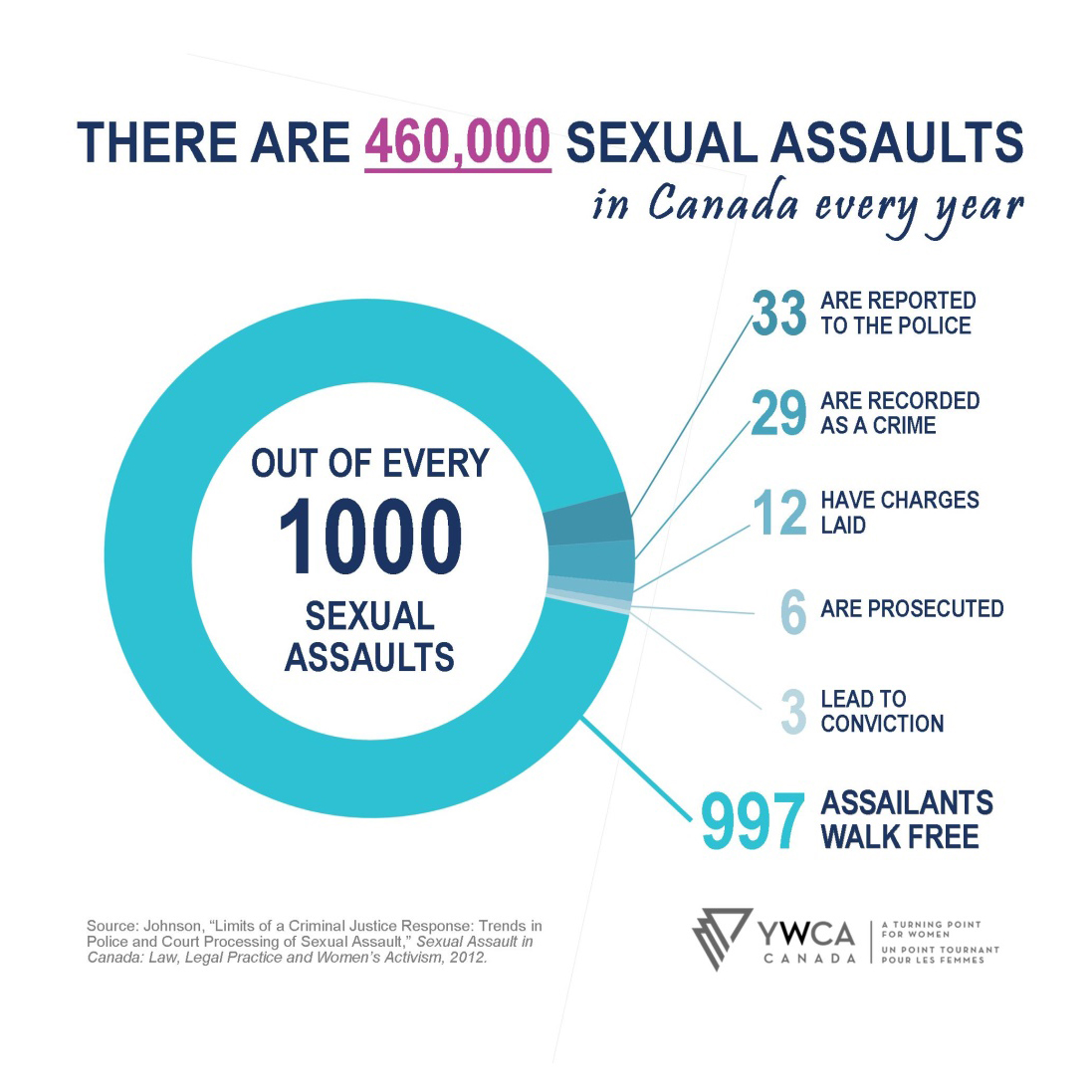 THE LAW ON DOMESTIC VIOLENCE

In Ontario, mandatory charges exist for cases of domestic violence where the police have reasonable grounds to believe a crime has occurred. This policy is controversial as it has many pros and cons when played out in the lives of victims/ survivors.

Find more information about Mandatory charges in cases of domestic violence and the complexities surrounding them.