London, ON – Anova was forced to turn away women over 2,500 times from shelter last year due to lack of beds.  While women-identified people and their children are always given resources and options to mitigate risks, this data is highlighting the harsh realities of experiencing gender-based violence in London-Middlesex. It is continuing to impact lives on a daily basis in record numbers.

“Our community is in crisis,” says Anova Executive Director Jessie Rodger. “ Women-identified people are coming to Anova through our crisis line, shelters, and sexual assault centre in droves.”

The team at Anova is creative and resourceful, but is having a hard time keeping up with the demand for service. “It is time to recognize that gender-based violence can no longer be an issue relegated to special interest,” Rodger says. “We are calling on our community, including all levels of government, to address this urgent and life-threatening crisis.”

No one organization can do this alone. Anova encourages everyone to take part in advocating for a future without violence.

If community members would like to engage with city councilors, provincial and federal politicians and share their concern, a letter template will be provided. Letting those in power know communities are waiting for immediate action to fund programs appropriately means supporting survivors of sexual and domestic violence.

Anova encourages everyone to advocate for a future without violence. 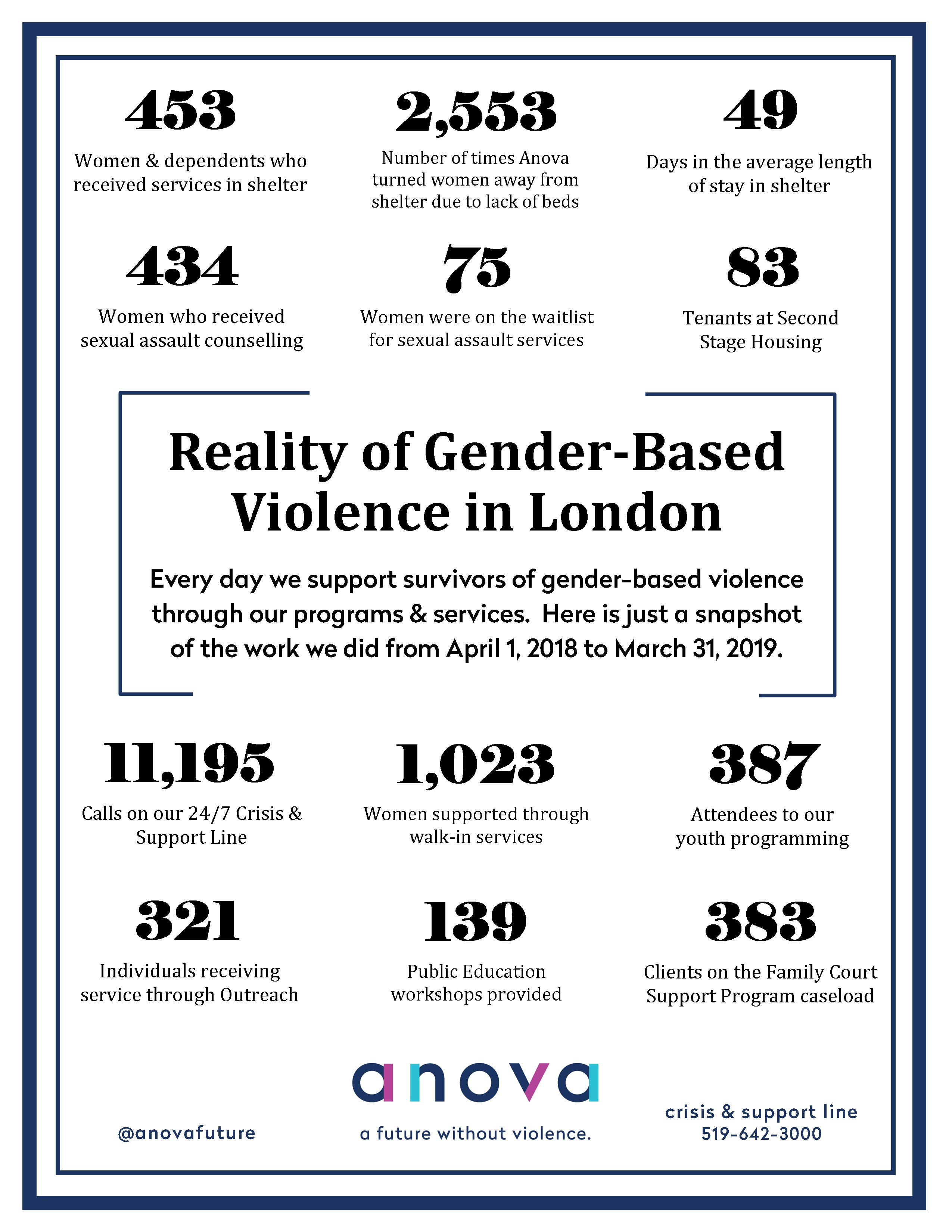 As a constituent in this riding, I am writing to you to express my concerns over the recent 2018-2019 data released by Anova in London, Ontario.

The cost of violence against women and children is extensive – and not just economically speaking. It is well recognized that communities that cannot keep their most vulnerable members safe experience compounded difficulties. Women and children have a right to live safely in their homes and communities.

I call on you to commit to supporting survivors of violence in a manner that ensures that they have a safe place to go to in times of uncertainty and violence, and that organizations like Anova can deliver their much-needed services to all that request them.

Thank you for your commitment, and I look forward to receiving a response from you.